To share your memory on the wall of Nathaniel Willis, sign in using one of the following options:

A receipt has been emailed to the address provided. A receipt may also be printed.

He married his lovely wife Eliza (Aiken) Willis on April 4, 1981. They were married for 39 years being blessed with one daughter, Gabrielle Lynn Willis.

Nathaniel was employed with Battle Creek Public Schools for many years as a Bearcat Watch/ Coach. He was also a job developer, and an all-around mentor.

He was a member of Open Door COGIC (which was later changed to Faith Assembly) under Bishop Eugene B. McCoy, which is now New Level Church, under the leadership of Pastor Christopher J. McCoy. He served faithfully as an elder in these ministries until his passing. He was also involved in prison ministry for many years.

Visitation will be held Monday, December 14th from 9:30-11:00 AM at New Level Church with the funeral to immediately follow at 11:00 AM with Pastor Christopher J. McCoy officiating. Arrangements by Bachman Hebble Funeral Service (269) 965-5145. www.bachmanhebble.com
Read Less

Consider providing a gift of comfort for the family of Nathaniel Willis by sending flowers.

We encourage you to share your most beloved memories of Nathaniel here, so that the family and other loved ones can always see it. You can upload cherished photographs, or share your favorite stories, and can even comment on those shared by others.

Posted Dec 14, 2020 at 04:55pm
Sending my deepest and most sincere condolences to the Willis Family on behalf of Elder Nathaniel Willis. He has a true man of God, a renaissance man , and he was always cooler than the other side of the pillow. Rest in power big brother Nate. Much love Elder Tim Sheppard
Comment Share
Share via:
ST

Posted Dec 12, 2020 at 04:59pm
My friend Nate. Sorry to hear of your transition. I will miss our talks on the OLD neighborhood. You were always a friend to
the Bolden-Pierce-Tuggle family. Grace and mercy to you, rest in peace.
Shirley Bolden Tuggle
Comment Share
Share via:
JB

Posted Dec 11, 2020 at 05:10pm
Eliza and Gabrielle,
I worked with Nate for years both at Southwestern and Battle Creek Central and consider him a friend. He was always good to the kids we worked with and really cared about them all. He will be missed. My deepest condolences to you both.
John Burrill
Comment Share
Share via:
SB

Posted Dec 11, 2020 at 02:09pm
Eliza and Gabrielle,
My heart goes out to you at this difficult time. I was the social worker at BCC and worked with Nate for many years!! I called him my "co-pilot" because he always supported my work even with the most difficult kids! He was not just a co-worker but a friend too! Nate spoke of his daughter and wife with pure love and admiration! He will be missed by a community.
Comment Share
Share via:
DM

Posted Dec 09, 2020 at 06:51pm
REST PEACEFUL COUSIN WE LOVE YOU AND YOU WILL DEFINITELY BE MISSED BY OUR FAMILY 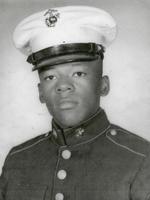