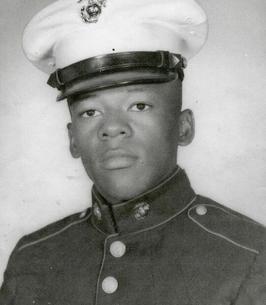 Nathaniel Willis was the son of Roland and Savannah (Lee) Willis. He was born June 22, 1943 in Mounds, Illinois. His family later moved to Battle Creek, Michigan. Nathaniel transitioned on Saturday, December 5, 2020 at Ascension Borgess Hospital in Kalamazoo, Michigan. He was 77 years young.

He married his lovely wife Eliza (Aiken) Willis on April 4, 1981. They were married for 39 years being blessed with one daughter, Gabrielle Lynn Willis.

Nathaniel was employed with Battle Creek Public Schools for many years as a Bearcat Watch/ Coach. He was also a job developer, and an all-around mentor.

He was a member of Open Door COGIC (which was later changed to Faith Assembly) under Bishop Eugene B. McCoy, which is now New Level Church, under the leadership of Pastor Christopher J. McCoy. He served faithfully as an elder in these ministries until his passing. He was also involved in prison ministry for many years.

Visitation will be held Monday, December 14th from 9:30-11:00 AM at New Level Church with the funeral to immediately follow at 11:00 AM with Pastor Christopher J. McCoy officiating. Arrangements by Bachman Hebble Funeral Service (269) 965-5145. www.bachmanhebble.com

All rights reserved. This obituary is also archived at obittree.com